From “David Solomon: 50 Years an Artist” by Gaylen Solomon Corbett

David Solomon was born in East L.A. in 1943, the eldest son of Mexican immigrants. His parents had both come to California as teenagers and met at a small church in Los Angeles. Growing up in one of the rougher neighborhoods, he used his artistic talent to escape the gang lifestyle that befell many of his compadres. 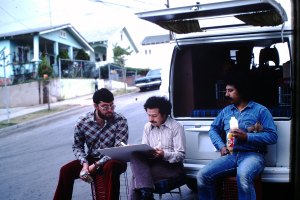 His uncle Angel (Spanish pronunciation), had worked as a sign painter and illustrated Hollywood movie posters in the 1930’s, gave Solomon his first art lessons. From his uncle, he learned how to observe color, light and shadow. He honed his powers
of observation by carefully studying the billboards in his urban neighborhood. “On a billboard, up close, big and flat, I could see how they did it. I could make sense of it… When I went to Art Center, I could draw more easily than most of the guys because I knew how things looked.” Consciously and carefully observing the world in this way eventually led him to pursue art as a career.

Although Solomon cultivated his observation skills early on, the decision to make his living as an artist happened over the course of many years. Following high school, Solomon studied other areas of interest such as geology and engineering at East Los Angeles Colllege. He also attended Art Center College of Design, then located in downtown Los Angeles, where he earned a Bachelor of Arts in Industrial Design. During this time he met the woman who would become his first wife, Georgia Barrow, at the apartment building where they both lived in Glendale. 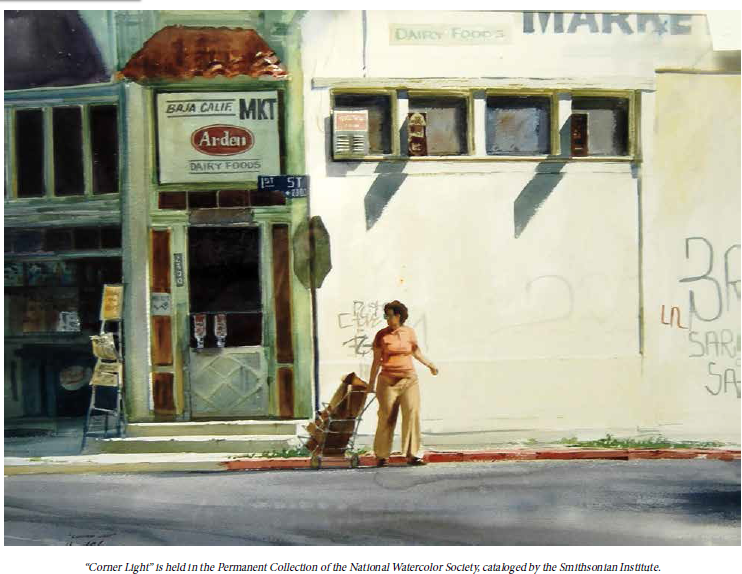 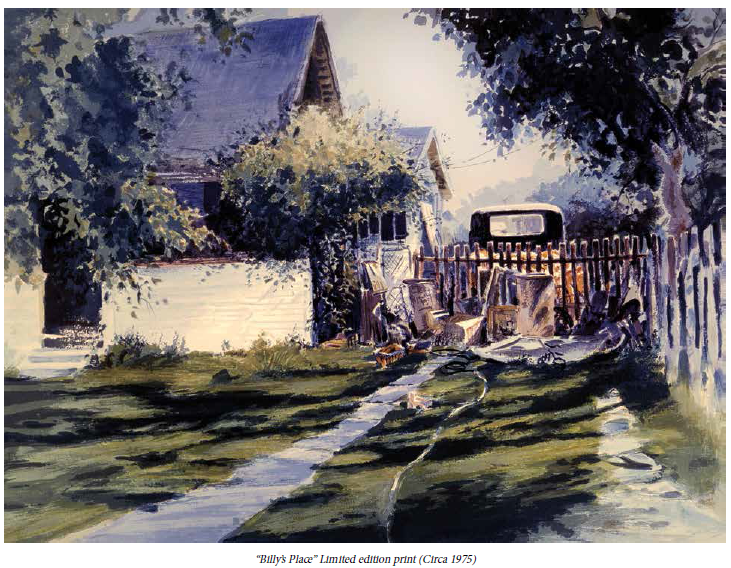 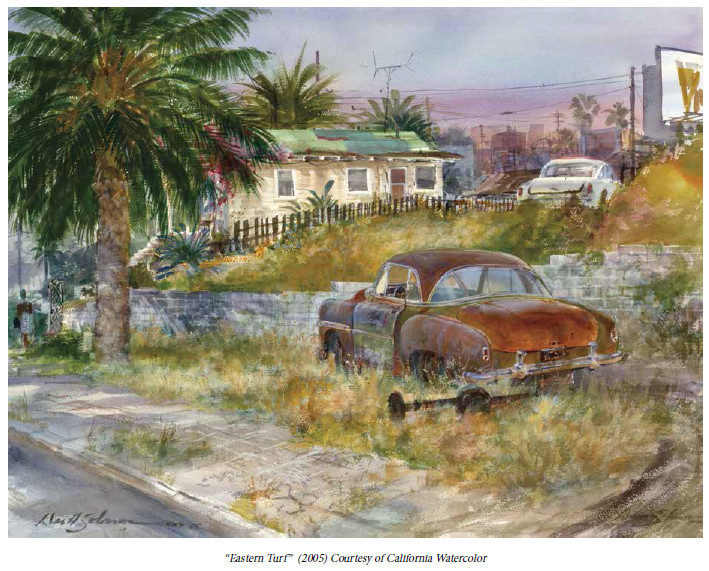